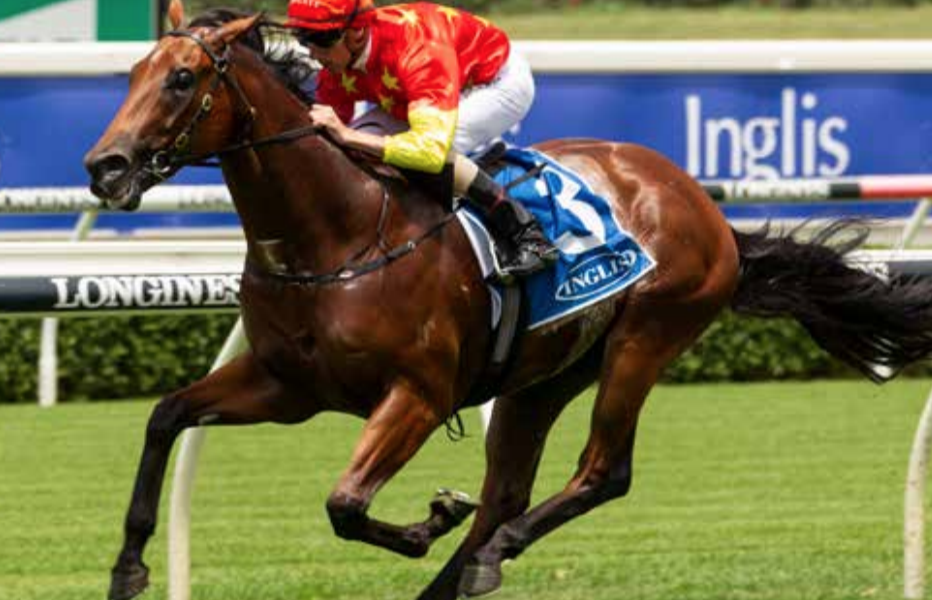 (2 c I Am Invincible – Devoirs by Dehere)

Rulership stormed onto the scene for next month’s Blue Diamond Stakes (Gr 1, 1200m) with an impressive debut success at Randwick last Saturday.

Ridden by Nash Rawiller, the juvenile dashed clear at the 200-metre marker and was not for catching thereafter, putting two and a quarter lengths on his nine rivals and posting a quick time of 0.57.28. He is now the TAB’s $8 second favourite for the Blue Diamond, run at Caulfield on February 22.

Offered at the Gold Coast by Yarraman Park Stud, Rulership is a son of their resident flagbearer I Am Invincible (Invincible Spirit), who has sired eight individual two-year-old winners this season and sits second to Snitzel (Redoute’s Choice) on the juvenile sires leaderboard by earnings – a title he won last year.

One of five named foals, three of whom have raced and all of whom have won, Rulership is out of the Listed-winning Dehere (Deputy Minister) mare Devoirs, making him a brother to the Blue Diamond Preview (F) (Gr 3, 1000m) runner-up Jedastar.

His second dam, Velasco (Flying Spur), was a Group 2-winning and Group 1-placed juvenile who was ranked joint-third filly on the New Zealand free handicap in 2003-04.

Devoirs does not have a yearling this year, but she has produced a filly foal by Yarraman Park’s Hellbent (I Am Invincible) and is back in foal to the Group 1-winning son of I Am Invincible.