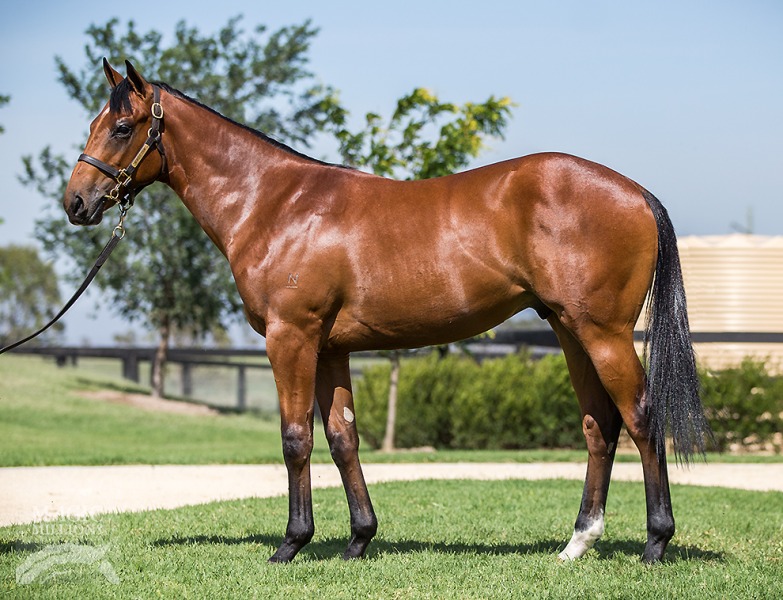 Almost a decade ago, Smart Missile (Fastnet Rock) and Shared Reflections (Umatilla) were among the best juveniles of their crop, carrying the Gooree Park red and black to victory in the Todman Stakes (Gr 2, 1200m) and the Sweet Embrace Stakes (Gr 3, 1200m) in 2011.

Five years later, they combined in the breeding barn with the end result being Smart Image, a winner on debut in the Sky Racing Active Plate (1200m) at Warwick Farm on Wednesday.

Sent off as equal second favourite behind Godolphin’s stakes-placed colt Beyliks (Lonhro) on the back of a string of eye-catching trials, Smart Image missed the start by a length and was headstrong early under Kerrin McEvoy.

Settling sixth of the eight runners, almost four lengths off a moderate tempo set by Beyliks, Smart Image still looked green throughout, which bodes well for his future.

Tracking up behind the lead pack, McEvoy brought Smart Image through three off the fence at the 300 metres and he chased resolutely. Beyliks kicked on strongly, but Smart Image levelled up in the shadows of the post, getting the bob in to win by a nose over Beyliks.

In another promising sign, the pair pulled right away from the rest of the field, with four and a half lengths back to Free State (Headwater) in third.

“He’s a nice horse. He’s got a future,” co-trainer Peter Snowden said. “He’s still got a bit to learn but he won and he’s only half there. He’s got a lot of improvement to come.”

McEvoy added: “That was a really good effort. Through the first part he was having a good look at them. I was lucky a few of them went out around the corner and I was able to get up and improve on the back of Beyliks, getting the split when we needed it.

“I had to rush him a little bit but fair play to him, he did a great job. I’m really pleased with how he came through it and he’ll learn a lot from that.”

It was a reunion of the Redzel (Snitzel) connections, with McEvoy – Redzel’s regular rider – scoring his first win in the Triple Crown silks since the two-time Everest (1200m) winner was retired earlier this year.