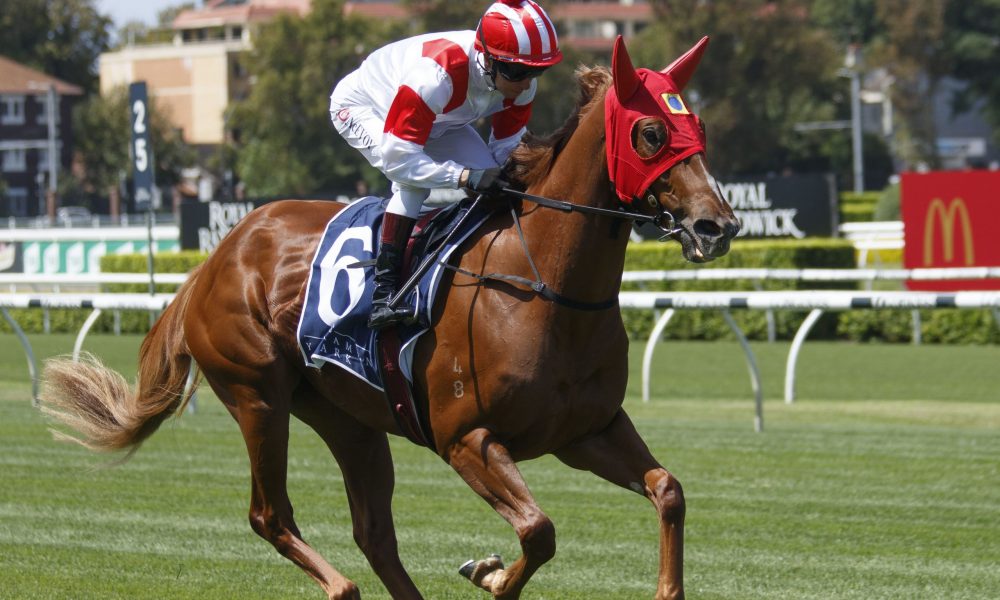 Rosemont Stud will weigh up whether to continue the racing career of Joyous Legend (Snitzel), a stakes-placed daughter of champion eight-time Group 1-winning mare More Joyous (More Than Ready), after adding her to the Victorian farm’s ever expanding high-end thoroughbred portfolio for $1.025 million.

The $800,000 Inglis Australian Easter Yearling Sale graduate, who ran fourth at Rosehill in benchmark grade on October 6, was offered by Inglis on behalf of large-scale Hong Kong investor Bon Ho, also the owner of top sprinter Classique Legend (Not A Single Doubt).

Rosemont has horses in training with numerous trainers in Victoria and interstate and Mithen would not rush a decision on Joyous Legend’s future until he sees her in the flesh.

“There’s no hard and fast decision made there, our intelligence says she still has racing life in her but our team will go over her when she gets here and we’ll look at the racing schedule in the autumn etc and just see what we think is best, to race her on or to find a stallion for her straight away,’’ Mithen said.

“It’s all happened very quickly, the filly only popped up online a few days ago but that’s the nature of these online sales, you need to be quick on your feet and adapt when the time calls.

“Obviously in these Covid times we were unable to get to physically inspect the filly but we took advice from the Inglis team and took advice from Andrew Williams and we’re absolutely thrilled to have secured her.’’

When Mithen was caught on the so-called wrong leg in the feverish online auction, he decided to have one more bid, a $25,000 increment, and it was enough to ensure Joyous Legend would soon adorn the Rosemont red with white gatecrasher colours, if she does head back into training.

“We might have had an extra bid because it was Bon Ho’s filly,” Mithen said.

“He’s been a great supporter of ours at yearling sales and it seems he always finds room for one of our yearlings on his short list. It’s nice to support him back and good luck to him.”

Joyous Legend, who was bred by John Singleton, is the fourth of five foals out of the former Gai Waterhouse-trained mare, the winner of 21 of her 33 starts. Twenty of those victories were at stakes level and eight were at Group 1 level in races such the Doncaster Mile (1600m), Queen Elizabeth Stakes (2000m) and Toorak Handicap (1600m).

More Joyous’ first foal Woman (Frankel) won on debut as a three-year-old but was retired after just four starts and sent to stud by Singleton. More Joyous also has a yearling sister to Woman, by Juddmonte’s Frankel (Galileo), while Woman herself has a Snitzel (Redoute’s Choice) yearling colt.

Ho’s sudden decision to offer Joyous Legend to the market, which was only made late last week, paid off handsomely.

“Inglis is the expert at dealing with online sales, we’ve seen that again the past few months with some big results,’’ Ho said.

“It was only Saturday just gone that I first spoke to Jonathan (D’Arcy, Inglis) about the idea of doing this and now, five days later, the mare has sold for more than $1 million so it’s been very quick, very efficient and very well done.

“Inglis has done a very good job in the promotion of the filly and throughout the whole process. Jonathan has been in continuous contact with me, keeping me abreast of everything. You’ve got a very happy customer.’’

Joyous Legend is the fifth mare to sell for more than $1 million through an online sale. The record is held by Avantage (Fastnet Rock) who made NZ$4.1 million through Gavelhouse.com in September. She is now in foal to Coolmore shuttler Wootton Bassett (Iffraaj)