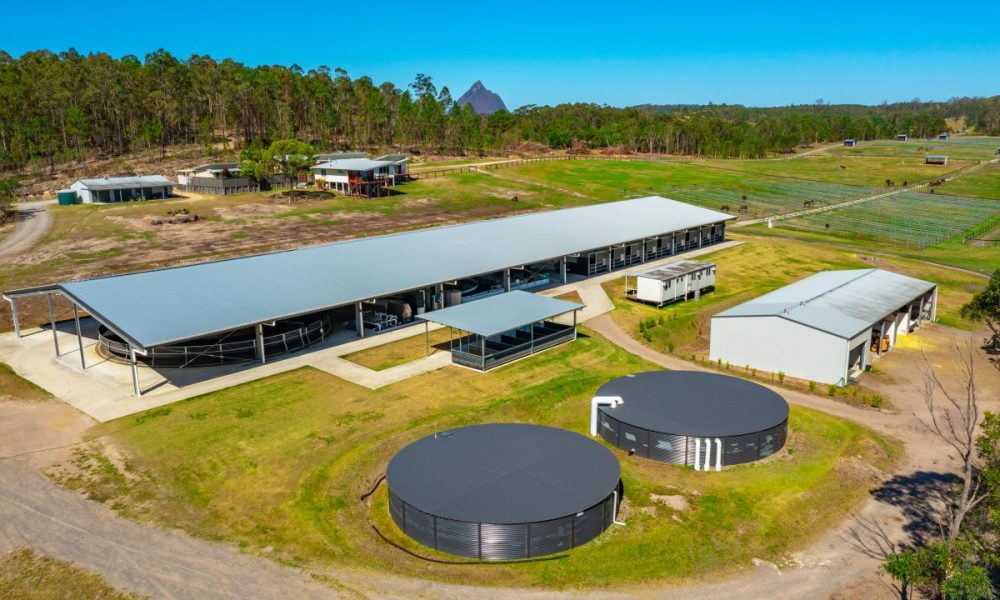 A change in direction by three business partners behind state-of-the-art Queensland spelling and pre-training facility Archer Park has forced the Sunshine Coast hinterland property to be put on the market.

Archer Park managing director Chris Wessel, one of five investors in the facility established in 2016, revealed that auctioning the farm on a walk-in, walk-out basis was the easiest and most transparent way of dissolving the partnership.

However, Bundaberg petroleum businessman Wessel yesterday indicated that he and fellow owner Mark McLean, a partner in a large regional accounting firm, would be willing to retain their share of Archer Park if the new owner wished to do so.

The Archer Park Racing syndicate, which has 35 new-season two-year-olds and a host of older horses on the books, will continue regardless of the outcome of the sale of the farm.

“The farm was the first asset set up by a group of owners, myself included, and down the track, at least two years later, we formed Archer Park Racing, so the Archer Park Racing ownership is totally separate from the farm itself,” Wessel said.

“At present, there’s five partners in the farm and … one guy is based in Sydney and already has his own property south of Sydney and wanted to go in his own direction and the other two are similar stories.

“The only fair way to get things sorted is to list the farm for sale and we will see what happens after that.

“As I say, Mark (McLean) and myself are hopeful that we can maintain a share in the farm in some way or other because we’d set it all up and we would like to see the horses remain going through the farm (for spelling and pre-training.”

The pre-training arm of Archer Park, comprising 48 acres with river frontage at Stanmore, is 50 minutes from Brisbane and 40 minutes to Caloundra on the Sunshine Coast. It has 36 boxes, a six-bay water walker, walker, sand roll and round yard and 18 spelling paddocks as well as treatment facilities that include an equine therapy salt room.

The nearby spelling facility of 41 acres has 13 large spelling paddocks and day yards as well as a machinery shed and a three-bedroom brick home with an office and a two-bedroom cottage.

The main pre-training property features a three-bedroom Balinese-stye home with an office and a swimming pool.

Donovan and Co’s Clint Donovan and Magic Millions are handling the sale of the property, which will go to auction on November 12.

“You could travel the length and the breadth of the country and not find a better set-up for pre-training horses. It is state-of-the-art,” Donovan said.

“The racing industry is booming and there’s a lot of people wanting to get involved in Queensland racing. All the metropolitan facilities to train horses out of are absolutely full to the brim with trainers and a long list of new trainers are trying to get bases in Queensland.

“It really would appeal to any Queensland-based trainer who has some owners that might want to cut down on paying a third-party for their spelling and pre-training and absorbing it into their own business.

“It is actually mind-blowing and they haven’t left a stone unturned. No expense has been spared to make it world class and anyone who inspects it will agree with my sentiment on that.”

Wessel admitted to investing heavily in the property when he and his partners first set up the business.

“We probably went a little bit overboard at the start, but now when you look back I am glad that we did do it because the cost of trying to replicate the same thing wouldn’t be a cheap exercise,” he said.

“We did it just at the right time, to be honest. It is good country through the Sunshine Coast hinterland area. It is just getting harder and harder to get those parcels of land that suit perfectly for racing properties.”

The offering of Archer Park comes on the back of the trading of equine-focused properties in Victoria and NSW such as Bong Bong Farm in the Southern Highlands, which was bought by Racing NSW, and Damian Gleeson and Deb Gifford’s Phoenix Broodmare Farm in Victoria, which was recently sold at auction.

Inglis is currently handling the sale of Sir Owen Glenn’s Glenn Haven Racing facility adjacent to the Hawkesbury Race Club in NSW and beef cattle and thoroughbred property Timor Creek, a 4148-acre property east of Murrurundi in the Hunter Valley, is also being offered for sale by Michael Burke of McGrath by private treaty with a valuation from $11.25 million.

“It is not too dissimilar (to Archer Park), however, the facilities aren’t as elaborate,” the Magic Millions auctioneer and recently-turned real estate agent said.

“It is a 30-acre property with a training track and it’s proven very popular with thoroughbred trainers as well, for the same reasons, but on a smaller scale.

“It gives them that private pre-training facility to save on costs that they incur in the metropolitan area.”

The Biddaddaba property will be auctioned on Thursday week, October 21.