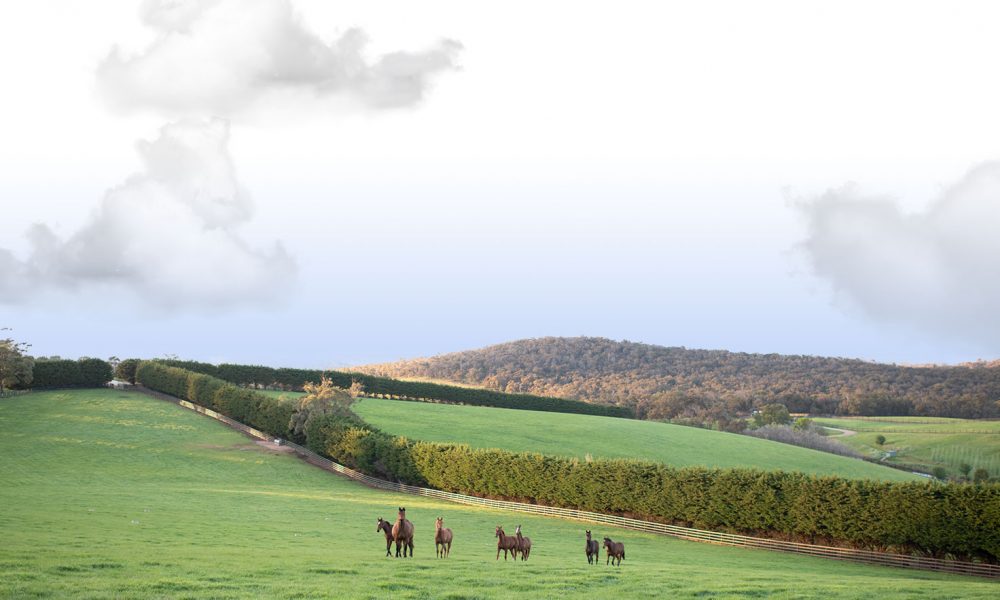 Seven separate parties have already expressed their interest in buying Spendthrift Australia’s breeding operation since its US owner made the shock decision to offload the lavish Victorian stud and its breeding stock in a deal they hope can be structured on a walk-in, walk-out basis.

Donovan and Co’s Clint Donovan and Magic Millions have been engaged by the US owners of Spendthrift as selling agents for the 600-acre Victorian farm, which is home to Group 2-winning sprinter Dirty Work (Written Tycoon) and fellow stallions Overshare (I Am Invincible), Gold Standard (Sebring) and Swear (Redoute’s Choice).

“They are to be admired for the investment they’ve made and the job they’ve done so far. It’s a young stallion station and farm on the cusp of greatness,” Donovan told ANZ Bloodstock News.

“They’ve got some really good things happening with the young stallions and some of the stock they’ve produced. It is bittersweet but between Magic Millions and myself we’re thrilled to be in charge (of selling Spendthrift Australia).”

Donovan revealed yesterday that a number of potential buyers had reached out to him in the wake of the bombshell news of Spendthrift’s pending exit from the Australian breeding industry.

“There’s been four parties who have reached out directly to me and another three directly to Garry (Cuddy, Spendthrift Australia general manager) and the team,” he said.

“A couple of them are underway with their due diligence. It is still open to all parties and very much so for the next little while.

“There’s a lot of data for people to do their homework on, plant and equipment, computer systems, the farm infracture and then, of course, all the bloodstock. It is a significant portfolio. We’re not in a rush – it’s not a fire sale – but when the right offer comes along they’ll be pretty keen to look at it.

“We are taking them (offers) as of now and there’s no end to it, but people need to register their interest to ensure they are part of it when we get down to the nitty gritty.”

It is understood that Hunter Valley-based Newgate Farm – which could stand up to six first season stallions in 2022 headed by reigning Golden Slipper Stakes (Gr 1, 1200m) winner Stay Inside (Extreme Choice), Golden Rose Stakes (Gr 1, 1400m) victor In The Congo (Snitzel) and winner Artorius (Flying Artie), who landed the Blue Diamond Stakes (Gr 1, 1200m), – will not be one of the parties looking to buy the operation.

“In an ideal world, efficiency is a driving factor in order not to upset staff, breeding seasons, for lots of reasons, it is better for everybody the more efficient the deal is,” Donovan said.

“It still doesn’t mean that it’s a fire sale, but it does mean that if the right deal comes along, it’ll be snapped up pretty quickly.

“It has been made very clear to me that first, second and third preference is for a walk-in, walk-out, take everything as it is, so the staff are very much looked after.

“That’s very much a driving factor for not splitting it up. They have got a great team of people there who are dedicated to the farm, selling it walk-in, walk-out is far better for everybody.”

Donovan was reluctant to place a value on the all encompassing Spendthrift operation.

“It’s really up to an interested party to do their due diligence and we’ve got all of our ducks in a row with every crucial piece of information to enable them to come up with a figure,” the agent said.

“There’s 50 broodmares, 30-odd weanlings, 30-odd yearlings. It’s a turnkey operation of significant value and scale, there’s no doubt, but I don’t have and I don’t want to put a figure out there.

“We need the market to do their homework and place their offers and we’ll consider them all.”

Spendthrift Australia’s racing stock, which includes the MyRacehorse-syndicated horses such as the stakes-winning three-year-old filly Mac ‘N’ Cheese (Sebring) and the unraced Spendthrift co-owned $1.2 million two-year-old colt Pyrios (Written Tycoon), will not form part of any sale of the farm, associated infrastructure and breeding portfolio.

“They haven’t spent a dollar like they were intending on selling ever. There’s been no expense spared in every improvement they’ve made, whether it’s the office, the stallion barns, the mare barns, the fencing, the front gates,” Donovan said.

“You name it, everything is absolutely world class and you’d go a long way around the world to find a better farm.”

In the December 30 public announcement, made just hours after Spendthrift Australia staff led by general manager Garry Cuddy were informed of plans to sell the business, the son-in-law of the late Spendthrift founder B. Wayne Hughes, Eric Gustavson, said: “This has been a very difficult decision for us. We have a wonderful team in Australia and will be working closely with them to help make this as smooth a transition for them as possible.

“The thoroughbred industry in Australia is one of the finest in the world, and we have great respect for the job they’ve done in building it.

“We’ve been fortunate to meet so many amazing people there and have very much enjoyed the experience.”

Since Hughes, who died in August, bought the former Yallambee Stud property in 2015, he had attempted to use the Australian arm to showcase Spendthrift’s US stallions as well as establish a local roster.