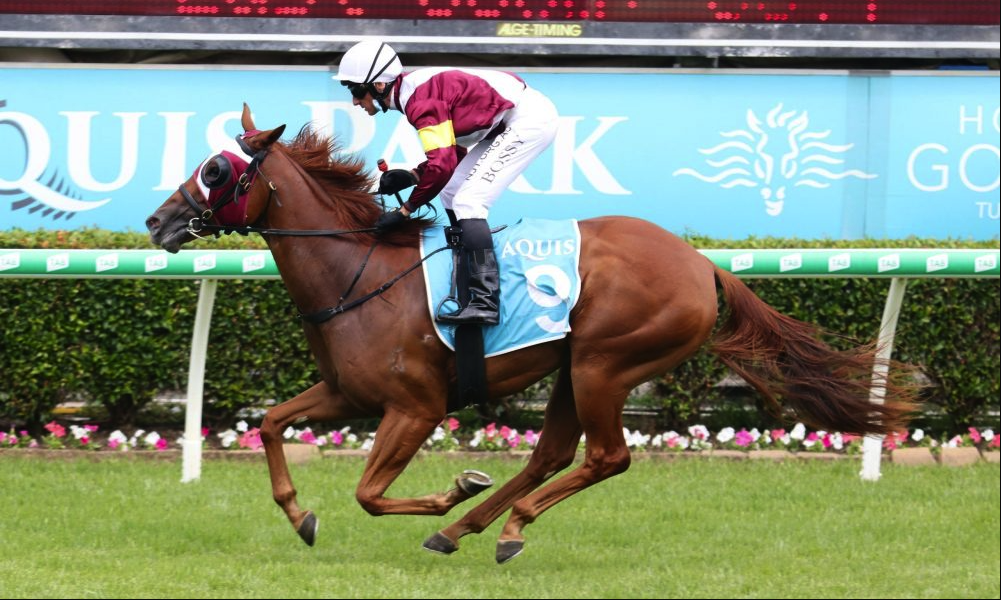 The strength of Swift Witness’ (Star Witness) victory in the Aquis Gold Pearl (1100m) last weekend can be measured by the fact that she has firmed into $3.90 favouritism for tomorrow’s Magic Millions 2YO Classic (RL, 1200m).

This is despite the fact that, on paper, she has almost five lengths to find on her Wyong conqueror She’s All Class (I Am Invincible), the $4.20 second elect for tomorrow’s $2 million feature.

Racing in the Mystery Downs colours of Francis and Christine Cook, Swift Witness had held her ground on debut in the Magic Millions Wyong 2YO Classic (RL, 1100m), but she showed a tremendous amount of improvement when she stepped out last weekend.

Ridden by Glen Boss, she sat handy before drawing clear for a dominant three-length success over first-starter Glorious Ruby (Your Song) with favourite Miss Hipstar (Star Turn) a further three-quarters of a length away in third.

“It was good to see the improvement with the blinkers, we came up here thinking she had the ability to be here and deserved a spot in the (Magic Millions 2YO Classic) field so it will be good to see her take her place,” Bott said.

“It was a bit of an ask for her to have her first race in the Wyong Magic Millions, she got a little bit lost there but she still found the line strongly.

“Today she was a bit reactive to a few horses shifting out but once she really balanced up and got focused on the task, we were able to see a nice turn of foot.

“It wasn’t easy with what happened pre-race (with the race pushed back after apprentice Justin Huxtable was kicked by a pony) but she handled herself remarkably well, she went back to the stalls and was nice and relaxed.”

Since Bott joined the partnership, the pair have had five runners with Czarson (Stratum) the best performer, finishing fourth in 2019. However, last year saw subsequent Golden Slipper Stakes (Gr 1, 1200m) winner Farnan (Not A Single Doubt) finish tenth for the stable.

Intriguingly, Terminology finished fourth to Jonker (Spirit Of Boom) in the Magic Millions lead-up at Wyong before finishing second to Sunlight (Zoustar) in what was the precursor to the Aquis Gold Pearl, meaning that Swift Witness has a similar profile but has managed to go one better at each of her two starts.

Terminology failed to gain a start in the Magic Millions 2YO Classic itself – she was second emergency – but she did manage to win the $250,000 Magic Millions Maiden Plate (1200m) a year later.

Taylor’s Command, a Seymour winner who was tested at stakes grade in the Edward Manifold Stakes (Gr 2, 1600m), is a half-sister to Group 2 winner So Pristine (Zabeel) and Restored (Red Ransom), winner of the Queen Elizabeth II Cup (Listed, 2000m), a Singapore Group 1.

Taylor’s Command has a first Star Witness (Starcraft) colt that will be sold just a couple of hours after the Magic Millions 2YO Classic, while she produced another filly by the sire in 2020. She was again served by Star Witness in November.