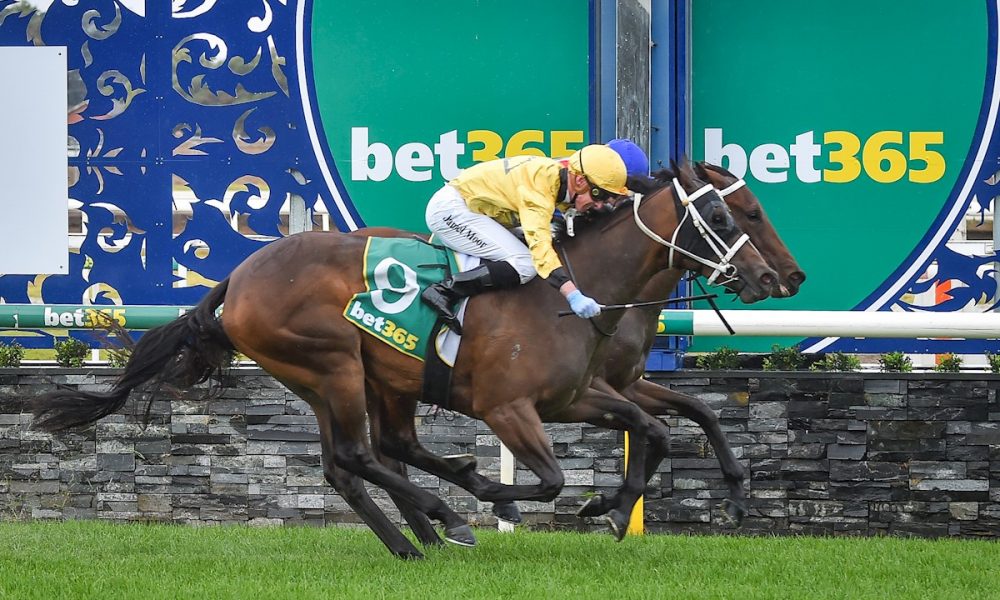 Dual Group 1 winner Eskimo Queen (Shinko King) may have left a potential star of the turf with her final produce after Tapeesa (Snitzel) posted a debut victory in a competitive Geelong maiden over 1106 metres on Tuesday.

She was already the dam of the John Thompson-trained Group 1 winner Dreamforce (Fastnet Rock), while she is also the dam of the stakes-placed Deep Chill (Wandjina).

The Trent Busuttin and Natalie Young-trained Tapeesa, a $430,000 buy for her trainers from the Three Bridges Thoroughbreds draft at the Magic Millions Gold Coast Yearling Sale last year, won by a head under Daniel Moor over fellow debutant She Daresthe Devil (Puissance De Lune), with more than three lengths back to the third-placed Bel Thronum (Thronum) in a field stretched out by over 14 lengths.

On the Heavy 10 track, Young said the filly relished the conditions.

“I thought she was quite tough. She was headed 100 metres out, and to her credit, she fought back,” Young said. “She is a filly bred to get a little more of a trip. She had the track to her liking today.

“A few of her owners are here today, Peter Darby and the crew, so it is nice they had a bit of luck.

“Her mom was a super horse that won a Group 1 on a Heavy 10, and she is a half to a Group 1 winner. Sometimes you have to buy the more expensive ones to get the pedigree going for her later on to be a broodmare.”

Having lost Eskimo Queen, breeders Boutique Thoroughbreds bought back into the filly, who became the first runner for the breeding operation with her win on Tuesday.