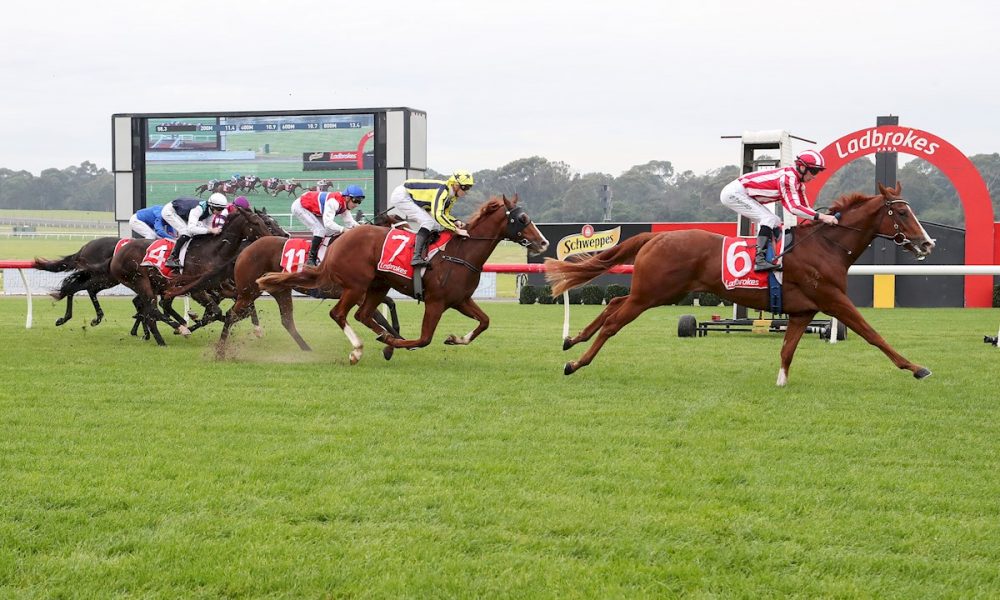 In a week which could culminate with a breakthrough success at the elite-level, former Arrowfield shuttler Real Impact (Deep Impact) may have already produced a star of the future as The Real Thing produced a stunning last-to-first debut victory at Sandown on Wednesday.

However, the performance of the Greg Eurell-trained The Real Thing will not have passed unnoticed, with the two-year-old galloping away to a one-and-a-half-length win that in the opening 250 metres might have looked unlikely.

Ridden by Damien Thornton, The Real Thing was left trailing the nine-runner field, having jumped from a wide draw in barrier eight.

After racing greenly in the early stages, he was still at the tail of proceedings at the home turn. The pair searched for clear running on straightening and finally managed to ease across heels at the 200-metre mark, before storming home to claim a soft victory at the post in the good time of 58.73 seconds on the Soft 5 track.

“And then all of a sudden he started to pick up and came to the outside. He showed a nice turn of foot. He feels quite progressive, I think he’s got a bit of scope to improve.”

He is the first foal out the stakes-placed Your Song (Fastnet Rock) mare Peristrophe, who herself is out of a half-sister to globe-trotting filly Ortensia (Testa Rossa), who won at the elite-level in the Winterbottom Stakes (Gr 1, 1200m) in Western Australia, Nunthorpe Stakes (Gr 1, 5f) at York and the Al Quoz Sprint (Gr 1, 1000m) in Dubai.

The Real Thing is the first winner as a broodmare sire for Your Song, who recently relocated back to the place of his birth at Gooree Park Stud.

Peristrophe had a yearling filly by Maurice (Screen Hero) sell for $25,000 to Nick Olive at this year’s Magic Millions Gold Coast Yearling Sale and has not produced a foal since having missed to Admire Mars (Daiwa Major) last year, while her Castelvecchio (Dundeel) colt foal died at birth.