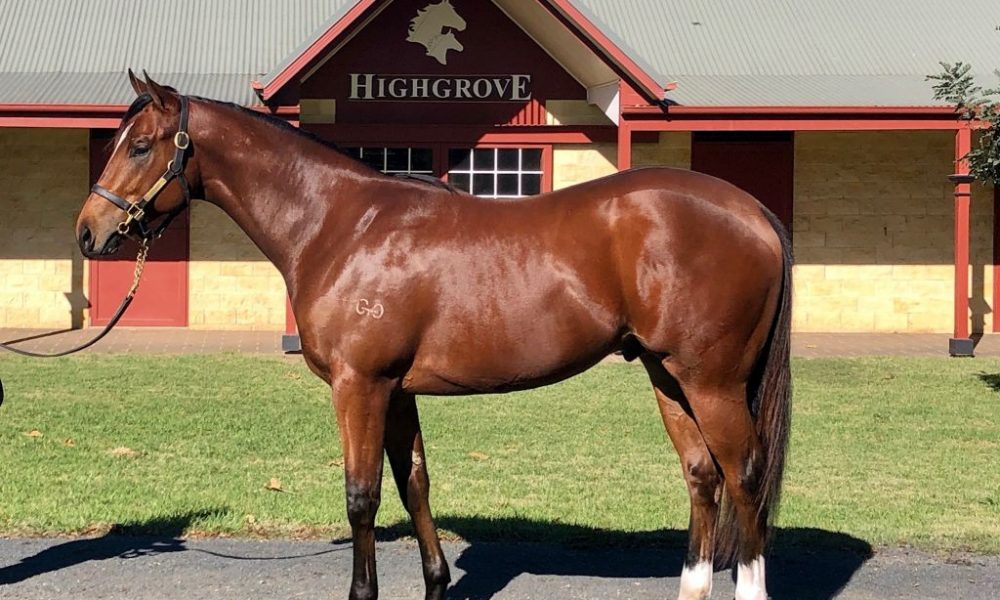 Annabel Neasham is excited for what is in store for promising two-year-old colt Verne (Snitzel), whose commanding performance at Warwick Farm on Wednesday earned him the accolade of ANZ Bloodstock News Maiden of the Week.

Having finished a narrow runner-up to In The Congo (Snitzel) on debut at Randwick last month, Verne was sent off the $2.05 favourite for the 2YO Maiden Handicap under Hugh Bowman, and punters who got involved at those odds had very little to worry about throughout the 1100-metre trip.

Having broken smoothly from the outside barrier of nine, Verne cruised round the turn three deep at a solid tempo.

Moving up strongly upon straightening, Verne eased to the lead with 200 metres to run and drew away impressively in the final stages to score by one and three-quarter lengths from Lucky Sun (Maurice). Miss In Charge (Hinchinbrook) finished two lengths behind the winner in third.

Verne set a new class record at Warwick Farm with the victory, winning in a time of 1:03.94, and Neasham was full of praise for the Highgrove-bred colt.

“We’ve always really liked him. He just had a little setback last preparation and went for a short break,” she said. “I still think he’s going to furnish again, he’s still quite raw, but he didn’t do a lot wrong today.

“It looked like he was facing the breeze a bit and didn’t have much cover, but he’s put them away nicely.”

Neasham is already giving a thought to Verne’s spring targets, but could first line him up in the Oxlade Stakes (Listed, 1200m) at Eagle Farm on Stradbroke Handicap day.

“There’s the Oxlade Stakes at Eagle Farm Saturday week, or we could leave him down here and run him here,” the trainer added. “He’s certainly a horse that’ll be spring quality, so at some stage we’ll put him away and give him a break.”

Hugh Bowman was also impressed with the juvenile’s performance, and believes a step up in trip could bring further improvement.

“He was good first-up, he’s still learning though, it’s not straightforward,” he said. “He’s certainly got the talent, but I can see him continuing to develop mentally.

“The feel he gave, I know it was only 1100 metres, but the feel he gave me was the feel of a horse who will have no trouble at seven (furlongs) and maybe a mile, and if he can get to that sort of distance range the world’s his oyster.”

He is a brother to Thronum, who landed the Australia Stakes (Gr 2, 1200m) and finished second in the William Reid Stakes (Gr 1, 1200m) during a 14-start career. Thronum now stands at Widden Stud Victoria and will have his first two-year-old runners next season.

Verne’s unnamed half-sister by I Am Invincible (Invincible Spirit) was bought by trainer George Moore at this year’s Inglis Australian Easter Sale for $420,000, while his older brother Rule Of Law, a two-time winner from six starts, made $450,000 from the same sale two years prior.