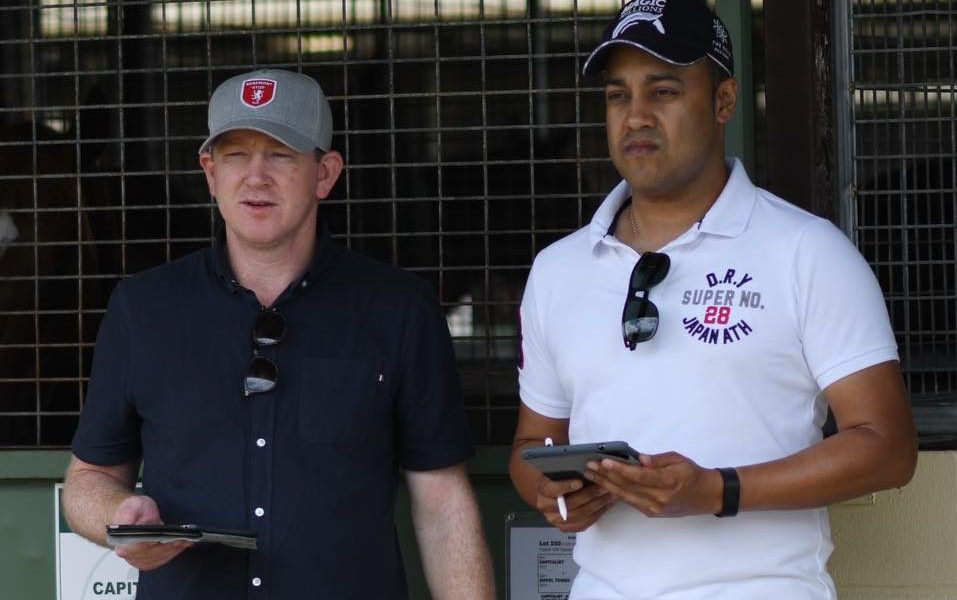 Ryan McEvoy, one of the figures behind powerful Victorian Alliance colts fund headed by his employer Rosemont Stud, liked what he saw from the new partnership’s first two juveniles to officially barrier trial at Cranbourne yesterday, but he has been around long enough not to get ahead of himself.

Nevertheless, Rosemont Stud’s general manager of bloodstock declared it an exciting start to the Alliance’s first big-stakes foray into the yearling market and, at Cranbourne yesterday, it was Millane (Zoustar) who trialled nicely in heat nine behind stablemate Rampant Lion (Frankel) over 800 metres.

Rampant Lion, who was bred and is co-owned by Rosemont Stud’s Anthony Mithen and Nigel Austin, won the heat by three-quarters of a length in a time of 46.96 seconds with Brian Higgins in the saddle.

The Phillip Stokes-trained Runaway Belle (Pariah) was another half a length away in third.

In the other two-year-old heat, also over 800 metres, the Alliance’s Moody-trained Brereton (Zoustar) was not asked for an effort late in the heat but he still worked home stylishly to finish a neck behind the Shawn Mathrick-trained The Wizard King (Flying Artie).

The Anthony and Sam Freedman-trained Cannonball (Capitalist) was a further five lengths away in third.

“It is early days, but it is really pleasing that there are a couple of horses who have put their hand up to potentially be a candidate for an early two-year-old race,” McEvoy said. “It is exciting, but I am also guarded that they are two-year-olds. They can very easily find themselves in the paddock in the next week as well.

“Certainly, PG (Moody) has got those two colts, in addition to Rampant Lion who we are obviously connected to as well, coming along nicely.

“There hasn’t been one update regarding their shins or that they’re getting tired, they’re working and come back to their box eating up and sticking their head out of the box the next morning saying, ‘where’s the saddle?’. It is a pleasing start.”

Rampant Lion, who was passed in at the Magic Millions sale in January before Mithen and Austin struck a deal with syndicator Wylie Dalziel to sell down part of the talented colt, and Millane were broken in and pre-trained by Brad Pearson. Marty Lacey handled the early education of Brereton and McEvoy also credited Moody for his handling of the three colts associated with Rosemont.

Millane and Brereton are two of a dozen two-year-olds purchased by the Victorian Alliance, which includes Noorilim Park’s Peter and Glen Carrick, Glentree Thoroughbreds’ Bruce Wilson and Musk Creek Farm’s David Kobritz, at the 2021 yearling sales.

Another Victorian Alliance-owned colt Quinlan (I Am Invincible – Precious Lorraine by Encosta De Lago) is on track to have his first public hit-out at Monday’s official two-year-old barrier trial session on the Kensington track in Sydney.

Trained by Gai Waterhouse and Adrian Bott, Quinlan was a $600,000 purchase from the Magic Millions sale by the Alliance in conjunction with agents Suman Hedge and UK-based David Redvers.

“It is not often you get those two-year-olds who just never have any sign of showing tiredness or the fact that they are over the top. At some stage, they will need a spell, but if we can get them through to a race, that would be a wonderful result for all our partners in those horses,” he said.

“We think we’ve got a couple of nice ones in the paddock as well who at this early stage have shown us above average ability as well, so it’s not just these colts we’ve got up and going now.

“We’re reasonably bullish about some of our colts who have had a bit of a look at the stables and are back out. There is a bit to look forward to but, again, I am really mindful that the two-year-old trial form at this time of year can be neither here nor there.”

As for Rampant Lion, McEvoy is comfortable at this stage by the farm’s decision to retain the Frankel (Galileo) colt who is out of Furnival (Street Cry), a three-quarter sister to Telperion, a half-sister to Varda (Lonhro) and Yavanna (Redoute’s Choice), herself the dam of Group 1 winner Kementari (Lonhro).

“He was a really unique sort of horse to present to sale and we thought all along that he was a pretty special sort of colt, hence we were prepared to defend him at a fairly serious level and that’s okay,” McEvoy said.

“There were a couple of offers that came across us after he left the ring. In fact, we probably could have sold the horse, but Wylie Dalziel came to us with an offer and, look, we’ve got a pretty good connection with Wylie through Mr Quickie and a number of horses and we enjoy that relationship.

“Wylie was a big believer in the horse, as was Peter Moody, and ultimately we sat down with Wylie and reached a deal.

“You could dare to dream on a horse like him. He was offered at sale and I suppose Frankel has gone to another level, if that was possible, since that sale. I don’t know how many Group 1 winners he’s had since January, but it’s a handful (six) and he’s probably taken up the mantle as the world’s best stallion post the sad demise of his sire (Galileo).”

Meanwhile, the Rosemont Stud-owned Brooklyn Hustle (Starspangledbanner) tuned up for her first-up A J Moir Stakes (Gr 1, 1000m) tilt at Moonee Valley on Friday week with a slashing barrier trial at Cranbourne yesterday.

The Jason Warren and Dean Krongold-trained Brooklyn Hustle, who won Group races in Adelaide and Brisbane last campaign, charged home under Brett Prebble to win heat eight over 800 metres by a length.

“She is obviously a very good mare fresh, albeit she finished her campaign last time in with a couple of Group races (wins),” McEvoy said.

“She is a very effective mare who loves the Valley. It’s no secret we think she’s a Group 1 horse and her runs at Group 1 level to date have been really, really competitive, particularly in a race like the Oakleigh Plate (when fourth).

“She’s trialled up super and she is going to run a really big race. Now that she’s a bit older, you wonder if they will retain their dash but judging by that trial this morning it looks like she has.”