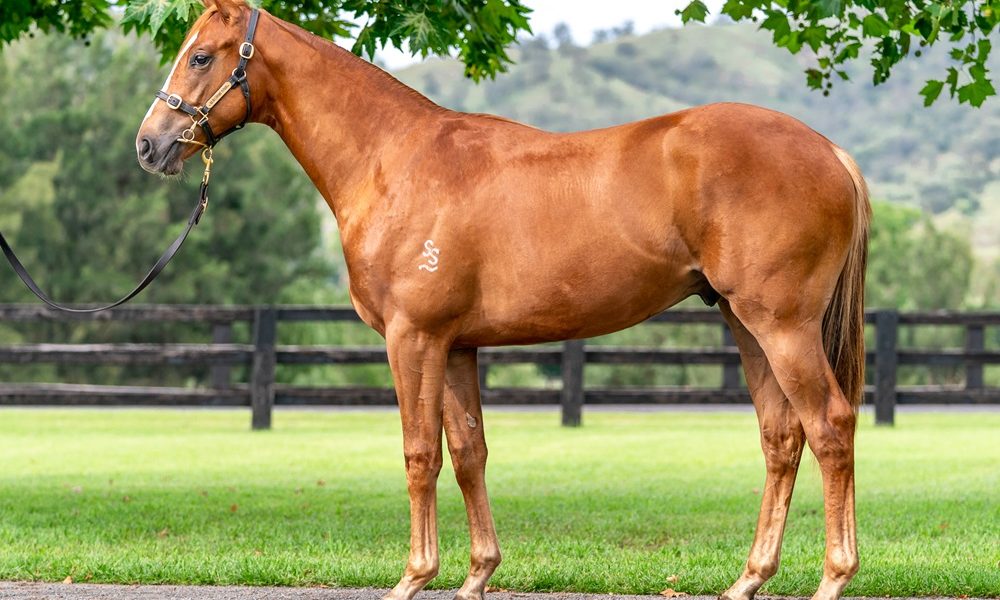 The Annabel Neasham-trained Voldemort (Not A Single Doubt) will bid to produce some magic when he lines up in the Kindergarten Stakes (Gr 3, 1100m) at Randwick today.

Named after Harry Potter’s arch-nemesis, Voldemort made an impressive winning debut at Scone a fortnight ago, running home from the back of the field to collar Heiress Hera (Fastnet Rock) on the line by a neck with a further long-neck back to Desi Emperor (Kobayashi) in third.

“It was a lovely win but I wasn’t too surprised by the performance because his trials were very good and he’s always shown ability in his work,” Neasham said after that success.

“He’s still very green and raw, he can get a bit disorganised in his action and can lose momentum. That’s why we thought Scone would really suit him on debut because it’s a big roomy track that would give him time to go through his gears.

“In saying that, it was a superb steer by Shaun (Guymer) – a very, very good ride.”

The two-year-old son of now penisoned Arrowfield Stud stallion Not A Single Doubt (Redoute’s Choice) will be ridden by jockey James McDonald, with the pair jumping from barrier six in the 11-runner field, which also includes Inglis Banner (RL, 1000m) winner Semillion (Shalaa), who finished fifth in the Golden Slipper Stakes (Gr 1, 1200m).

Out of the winning Sebring (More Than Ready) mare Devious Maid, who was purchased by Marcus Corban Bloodstock for $340,000 at the Magic Millions National Broodmare Sale in 2017 and she is herself a sister to Group 2 winner Bring In The Maid (Sebring).