What You Need (AUS) 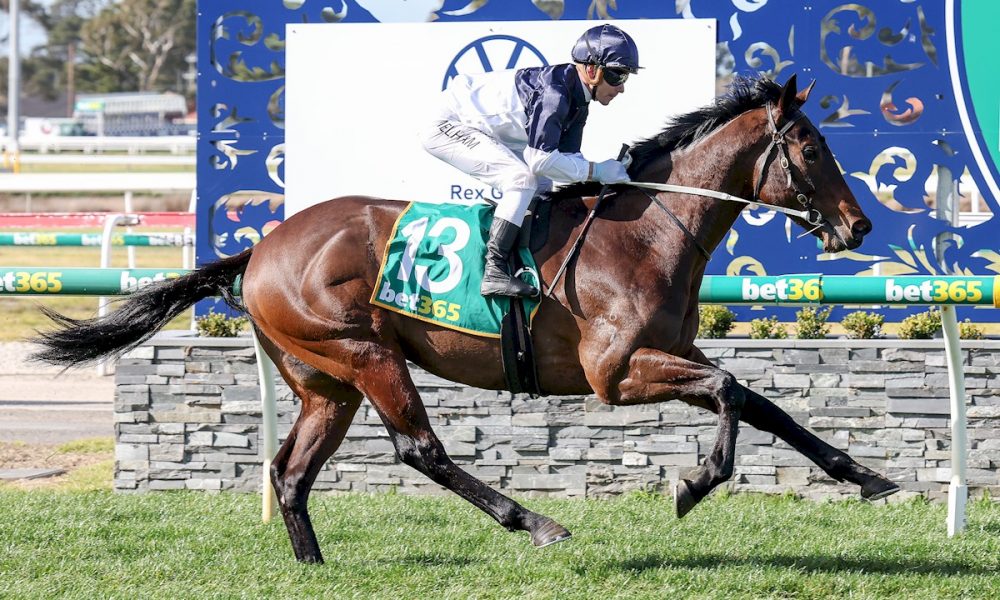 What You Need (AUS)

Promising Supido (Sebring) colt What You Need made an impressive debut at Geelong on Wednesday for the Mick Price and Michael Kent Jnr yard as he cantered home clear of his rivals  in the Elephant And Castle Hotel Maiden over 1118 metres.

Sent off as a well-supported odds-on favourite after a promising third in an 800-metre Cranbourne barrier trial last month, the three-year-old travelled well in the lead and made all under Ben Melham to coast four lengths clear of the pack at the line, beating Lascars (Sepoy) with a further one and a quarter lengths back to Beour Bay (Cable Bay) in third.

What You Need holds entries for plenty of the upcoming feature three-year-old races this spring, including the Caulfield Guineas (Gr 1, 1600m) on October 8.

“The manner in which he won suggests he’s got a good black-type future in front of him,” Mick Price said.

“He’s a Caulfield Guineas nomination, he’s nominated for them all but the main thing with these young horses is if they pull up good, their joints are good, they train on, otherwise they go to the paddock to spell.”

Winning rider Melham was equally as impressed with the son of Widden Stud stallion Supido, who sired a double on the day to get his season off to a flyer.

“He’s very exciting, so much so that I even went and gave him a little canter around yesterday morning. I’ve got a lot of time for the horse, good to see him come here and win how we thought he would,” Melham told Racing.com.

“He broke well, it didn’t worry me that I was in front as long as he was in a relaxed rhythm which he was, he’s very professional and he had it soft in front and let down with a really good turn of foot, he’s a proper horse.”

A $180,000 Magic Millions purchase from the Widden Stud draft for his trainers, What You Need was bred by Widden and is owned by a syndicate of stable clients with Widden Stud also retaining an interest.

He is the third winner to come out of the stakes-placed Commands (Danehill) mare Intuit, making him a half-brother to Group 3 winner Runway Star (Northern Meteor). Intuit herself is a daughter of Group 1 winner Wrap Around (Bletchingly) and half-sister to the dam of champion two-year-old filly Fashions Afield (Redoute’s Choice).