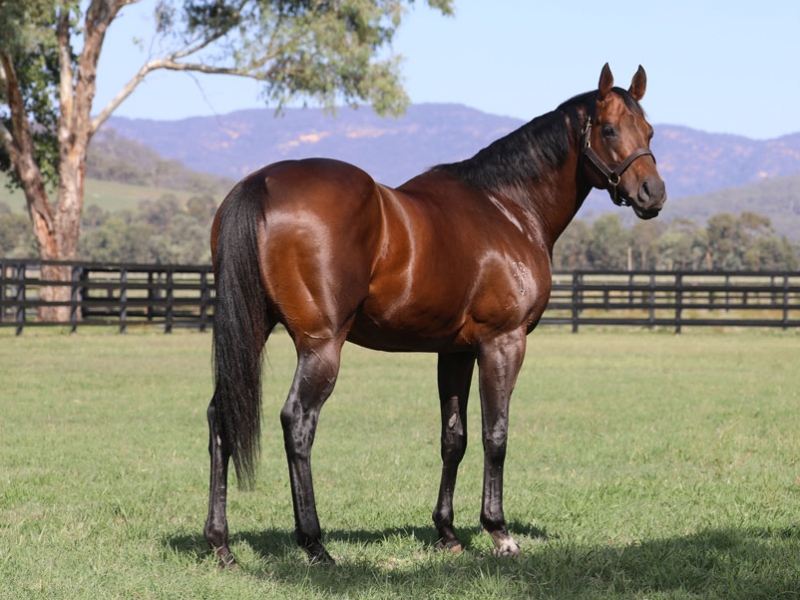 Exciting three-year-old colt Zou Tiger (Zoustar) became another John O’Shea-trained juvenile to throw a hat into the ring for the Golden Rose Stakes(Gr 1, 1400m) when scoring at the third attempt in a 1300-metre handicap at Randwick-Kensington on Wednesday.

The son of Widden Stud shuttler Zoustar (Northern Meteor) finished runner-up in a 1200-metre maiden at Canterbury on debut behind subsequent Silver Shadow Stakes (Gr 2, 1200m) winner Zougotcha (Zoustar), and then filled the same position behind Resonator (Brazen Beau) when narrowly denied in a 1200-metre handicap at Gosford.

Ridden by James McDonald in Wednesday’s contest, Zou Tiger showed good early pace from barrier nine and soon had the lead. Travelling nicely at a good tempo on the Soft 6-rated track, he then dashed clear shortly after turning for home and went on to record an easy three and three-quarter lengths victory over The Englishman (Tavistock).

Having already captured The Rosebud (Listed, 1100m) with promising colt Zoukerino (Snitzel), O’Shea has eyes on the Ming Dynasty Quality (Gr 3, 1400m) at Rosehill on September 10 for Zou Tiger, a race that will determine whether or not the promising juvenile heads for the Golden Rose on September 24.

“That will give us a feel for where we’re going to slot in,” O’Shea said after the Randwick-Kensington success.

“I think him competent enough to be a progressive horse heading towards both the Golden Rose and the [Caulfield] Guineas.

“He’s got a racing pattern that will suit both Rosehill and Caulfield so hopefully as he stretches out [in distance], he continues to do everything well and he’s got a nice, bright future.”

Zou Tiger was a $200,000 yearling purchase at last year’s Inglis Classic Sale. The fifth winner from five foals to race out of the winning Snitzel (Redoute’s Choice) mare Tigress Lily, Zou Tiger is a half-brother to Group 3-winning filly Daisies (Sebring) and to the stakes-placed winner Motown Lil (Sebring).

“I thought there must have been an issue with him when he was at Classic with his beautiful pedigree,” O’Shea said.

“He probably snuck under the radar a little bit and we were lucky enough with [owner] Ron [Finemore] and his syndicate to be able to buy him.”

Tigress Lily produced a filly by Pierata (Pierro) last spring and is currently in foal to Written By (Written Tycoon). Zoustar stands for a fee of $198,000 (inc GST).