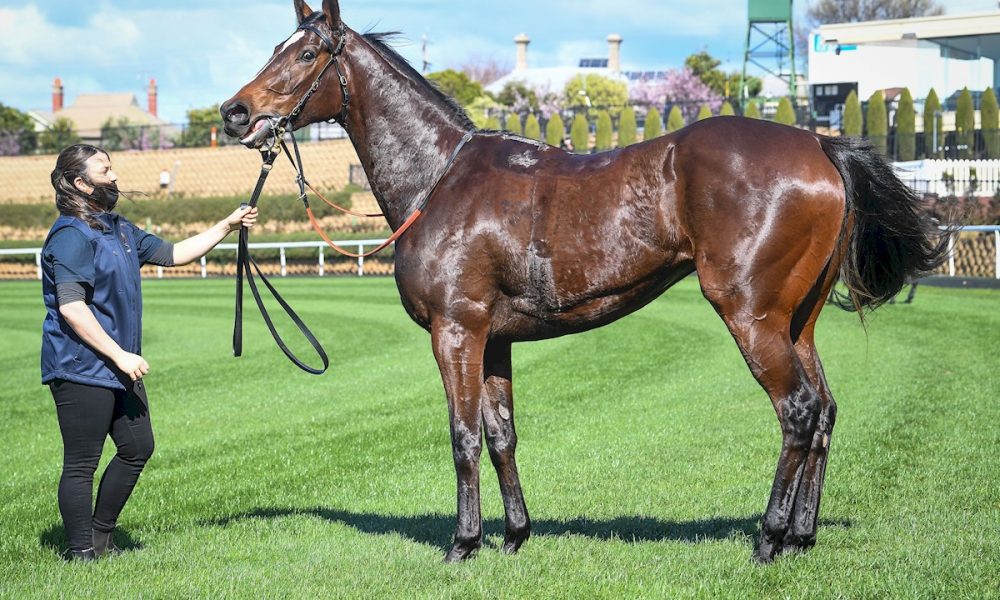 Zouzarella (Zoustar), the second foal from winning dam Zazparella (Al Maher), made a stylish debut when recording a snug head victory at Moonee Valley on Saturday. A popular early pick with the punters throughout last week, the three-year-old filly was a late market drifter, eventually going off a $7 chance from an earlier $3.80.

After settling in second-to-last place, Zouzarella made stealthy headway around the bend on the outside of the pack and battled well under jockey Brett Prebble near the finish to hold two-time winner Zapateo (Brazen Beau) at the line with Wonderful Tonight (I Am Invincible) a further three-quarters of a length back in third.

“She’s awesome,” the jockey told Racing.com. “She came here, she was raw and inexperienced but she’s got a great action and a great temperament so she ticks a lot of boxes.”

The daughter of 2017-18 leading first season sire Zoustar (Northern Meteor) had shown up well in her trial at Cranbourne over 800 metres prior to Saturday’s debut performance, and has a nomination for the Thousand Guineas (Gr 1, 1600m) at Caulfield on October 13 for which she is currently a $13 chance.

Next up for the filly could be the Atlantic Jewel Stakes (Listed, 1200m). “She’s got to keep improving,” co-trainer Sam Freedman said. “The fillies she’s going to come up against are going to get better and better but she’s made a really good start. She’s a very promising horse.”

Zouzarella was a $250,000 buy for New Zealand’s Cambridge Stud at the 2020 Magic Millions Gold Coast Yearling Sale. Her dam, Zazparella, a six-time winner from 42 starts, is a sister to four-time winner and Group 3-placed filly Almachino and a half-sister to two-time winner and Listed-placed filly Lets Get Nauti Gal (Harbour watch).

The dam has a yearling filly by So You Think (High Chaparral), while she is due to foal to Highland Reel (Galileo).

Zoustar, who finished seventh in last season’s general sires premiership, has made a quick start to the new season, siring The Astrologist to stakes success in the Aurie’s Star Handicap (Gr 3, 1200m) among 18 winners.